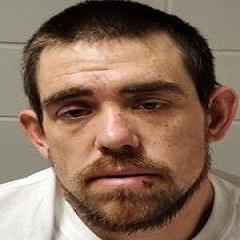 OKFUSKEE COUNTY, OKLA. – The person of interest sought in yesterday’s double homicide and arson in Okemah is in custody. The Muscogee Creek Nation Lighthorse Tribal Police tracked 29-year-old Joshua Green to a house in Clearview using a K9 and observing tracks in the snow. The person whose home Green was found in was not injured. During his arrest, Green refused to comply with officers and subsequently received minor injuries from the K9. Ultimately, he was placed under arrest before being taken to the hospital for medical treatment. Green was treated and released and then booked into the Okfuskee County jail facing two charges of Murder in the First Degree, as well as arson, and could be facing additional charges.

The Oklahoma State Bureau of Investigation (OSBI) was requested by the Okfuskee County Sheriff’s Office after reports of a house fire led to the discovery of two deceased i ndividuals. At approximately 3:30 a.m. on February 5, 2020, a 9-1-1 call was made to dispatch reporting a fire at the 100000 block of North 3840 Road in Okemah. When authorities responded, they discovered the two individuals who had been murdered before the fire was started. Green was living at the residence east of Okemah where the double homicide occurred.

In addition to the OSBI and Muscogee Creek Nation Lighthorse Tribal Police, the Okemah Police Department and Okfuskee County Sheriff’s Office assisted with this investigation.