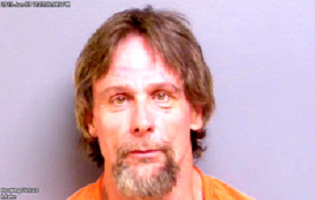 PAYNE COUNTY, Okla. – State and local officials are back searching the Cimarron River and its banks for the remains of 29-year-old Chelsey Chaffin. Chaffin was murdered in the early morning hours of May 26 and her body was dumped over a bridge into the Cimarron River. Registered sex offender, 54-year-old Earl Oswalt, is in custody in connection with Chaffin’s death.

The Oklahoma Highway Patrol (OHP) and the Oklahoma State Bureau of Investigation (OSBI) searched the river June 5, but did not find Chaffin’s remains. Today, the Payne County Sheriff’s Office, OHP, OSBI, Stillwater Emergency Management, Payne County Emergency Management, Oklahoma Bureau of Narcotics and the Kendrick Fire Department are doubling efforts to find Chaffin by searching the river and the banks. Based on river conditions provided by the Grand River Dam Authority (GRDA) – flooding and flow – authorities are sear ching an area within 10 miles of the bridge where she was dropped May 27.

Additionally, the American Red Cross is providing support for the search operation.

Law enforcement air operations are underway. Be advised that there are numerous aircraft in the air space around the search area.

Oswalt spent 20 years in prison on a 40-year sentence for Rape in the First Degree.