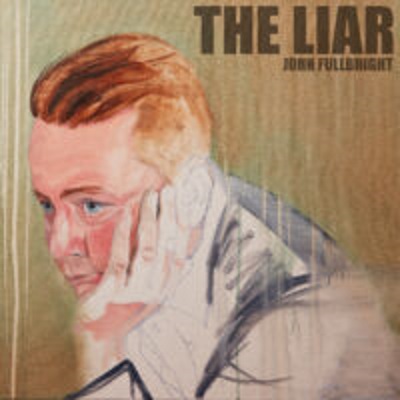 The song details Fullbright finding refuge in playing the piano, starting as a child and still today.  For fans, it may feel like a bit of a rebuttal to “Happy,” the opener from 2014’s “Songs,” one of several in his repertoire that speak explicitly about mining one’s angst in order to make music. In that way, “Bearden 1645” is also a firm nod to the fourth wall: Fullbright knows you’re thinking about his songwriting. He is, too…but not quite the way he was before.

The public at-large hasn’t heard much from him since the critically lauded “Songs,” a chasm of eight years that seemed unthinkable for an artist with so much hype surrounding his early career. Why did it take so long?

“Honestly, I don’t know, and that’s been the scariest question to think about and the hardest one to answer,” Fullbright said.

Maybe it was a tacit rejection of mounting industry pressure, mixed with a little fear. Or maybe it was the adjustment to a massive upheaval of his way of life. Whether we bore witness or not, it’s been a critical period of change for Fullbright, now in his 30s. Since his last release, he moved out of rural Oklahoma—the aforementioned Bearden has a population of about 130 people—to Tulsa. Once there, he worked to build a place for himself in the context of anestablished and vibrant musical coterie, performing often as both a bandleader and, more curiously, a sideman: storied loner John Fullbright lugging a piano from this small stage to that one with an uncharacteristic looseness.

“It’s been a process of learning how to be in a community of musicians and less focusing on the lone, depressed songwriter…just playing something that has a beat and is really fun,” Fullbright said. “That’s not to say there are no songs on this record where I depart from that, because there are, but there’s also a band with an opinion. And that part is new to me.”

“The Liar” was recorded at Steve and Charlene Ripley’s farm-to-studio compound in northeastern Oklahoma. After Steve’s passing, Charlene flirted with the idea of selling the studio property, so Fullbright mobilized quickly to ensure he was able to record there before it changed hands. He threw together a band made up of, as Fullbright calls them, “the usual suspects.”

Anyone fleetingly familiar with Oklahoma music will recognize the roster, which includes Jesse Aycock, Aaron Boehler, Paul Wilkes, Stephen Lee, and Paddy Ryan, all of whom are in more bands than seems possible. Along with a few more friends stopping in to lay down takes, they finished the songs and tracked the album with engineer Jason Weinheimer in a whirlwind four days.

“It was such a collaborative thing with some really cool voices,” Fullbright said, expressing surprise at the ease of the process. “It’s just like playing music in Tulsa. Everybody kind of does whatever they do, and it works.”

The grab-and-go momentum landed Fullbright in the studio with some old songs (“Unlocked Doors” also appeared on 2009’s “Live at the Blue Door”), some new, and some unfinished, making his newfound trust in musical collaboration essential to the arrangements and reflected fully on the final album. “The Liar,” as a result, utilizes emotional and instrumental dynamics in ways Fullbright hasn’t allowed himself to explore fully before. There’s a noticeable slack here, an indulgent instrumental break there, and the general feeling that the tight-lipped JohnFullbright who agonized over the writing process and then hesitated to talk about the meanings behind his songs in the past has eased up.

“What rules didn’t I have?” Fullbright says about his former songwriting self. “Even like, how many syllables were in a line, I had arbitrary rules for. So much of that has gone out the door, and I’m so much happier. It’s really just the idea that you don’t have to do this by yourself. It’s so much more fun to collaborate.”

“Paranoid Heart” starts out as a plaintive little folk song and explodes into a memorable, Petty-esque rocker bolstered by drummer Paddy Ryan and Jesse Aycock’s just-unhinged-enough slide guitar solo. The cutesy, resolute instrumentation “Social Skills” pairs deeply funny lyrics with a staccato distress in Fullbright’s vocals that raises a confusion only masterful writers can employ: you can’t tell if you’re supposed to laugh.

Fullbright highlights the high-low of “Safe to Say” as a favorite album moment, where what starts as a bluesy love song stretches its crescendo over a full five minutes, ending with everyone in the studio singing as a choir over an increasingly desperate confession of love.

And then there’s the title track. In “The Liar,” we find Fullbright talking to God, again. It’s the soft landing of his lifelong struggle with the concept of God, of accepting tenets of Christianity without believing in its central figure.

“I don’t pray, and I don’t hang my philosophical hat on the idea of God,” Fullbright said. “But I was raised with it and had to get away from it.”

He explored this notably in 2012’s “Gawd Above,” where the vengeful title character exacts terror and salvation in equal measure. “Give ‘em wine and song, fire and lust / When it all goes wrong, I’m the man to trust,” Fullbright sang.

In “The Liar,” the power dynamic has shifted. “God, grant me whiskey,” Fullbright sings, “and I promise I’ll be good.” It’s all done with a wink and a nod, less like a prayer and more like a request of Billy Joel’s “Piano Man.”

The sentiment is real, but the words are false. He’s still telling essential truths, which was always his gift, but this time they’re a little more slant. Maybe lying to tell the truth was always the songwriting target. Maybe throwing out some of the rules is what got him there. So is Fullbright, as a songwriter, a liar in his own estimation?

“What I love about songwriting is you’re the hero in your own story, most of the time, and I think that’s very human,” he said. “But short answer: yes.”