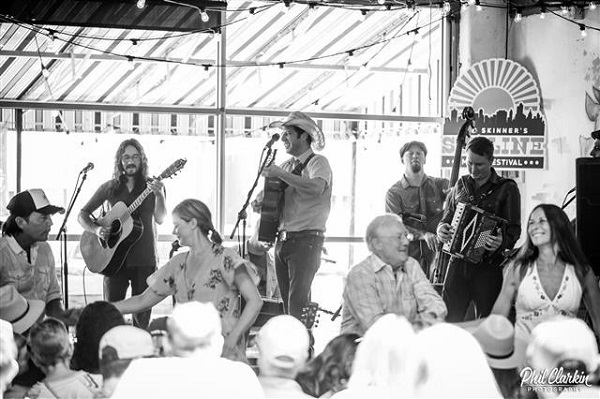 (Tulsa, Okla) — This past Sunday afternoon, more than 400 music fans flocked to 18th & Boston in Tulsa for the fourth annual Tom Skinner Skyline Music Fest. They were treated to songs and stories from more than 40 Oklahoma musicians in songwriter-in-the-round sets, first-time musician pairings and even a few full band sets that rocked the house! The festival raised $15,441 for Oklahoma musicians in crisis—almost double what was raised in previous years.

Red Dirt Relief Fund Executive Director Katie Dale attributes the continued growth of the festival to support from musicians, sponsors, venues and an eclectic lineup. “We want to showcase the power of the song by inviting new talent to mix with old in a way Tom Skinner did throughout his life. It didn’t hurt that the Fullbright & Friends brunch sold out, so the crowd was there from the beginning. What an amazing day that just reminds me how fortunate we are to have such a tight-knit Oklahoma music family.”