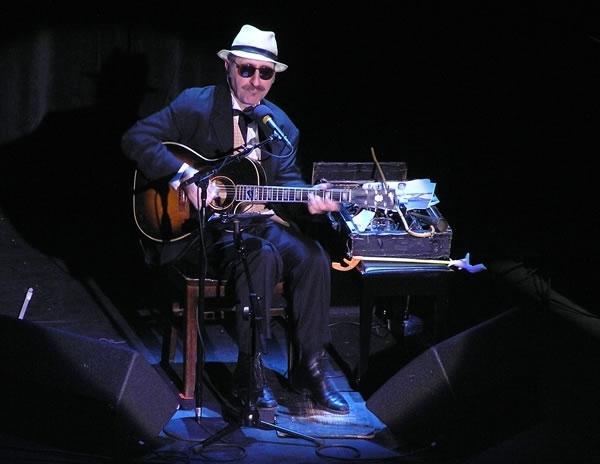 Leon Redbone, acclaimed singer and guitarist, has died at age 69.

His death was announced on his website today.  It has been speculated the post had been prepared by Redbone himself.

“It is with heavy hearts that early this morning, May 30, 2019, Leon Redbone crossed the delta for that beautiful shore at the age of 127.  He departed our world with his guitar, his trusted companion Rover and a simple tip of his hat.  He’s interested to see what Blind Blake, Emmett and Jelly Roll have been up to in his absence, and has plans for a rousing sing along number with Sari Barbabas.  An eternity of pouring through texts in the Library of Ashurbanipal will be a welcome repose, perhaps followed by shot or two of whiskey with Lee Morse, and some long overdue discussions with his favorite Uncle, Suppiluliuma I of Hittites.  To his fans, friends, and loving family who have already been missing him so in this realm he says, ‘Oh behave yourselves.  Thank you….and good evening everybody.'”

Reports say Redbone had officially retired in 2015, with a representative then citing unspecified health concerns that had “been a matter of concern for some time” as the reason for his being unable to continue performing or recording.

One of Redbone’s most popular pieces was “Please Don’t Talk About Me When I’m Gone,” but today, everyone is doing just that.