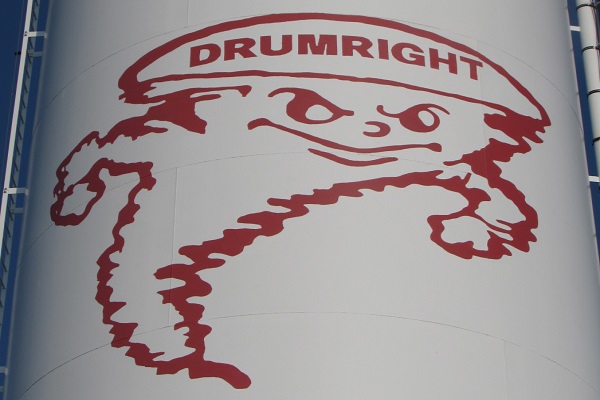 (Drumright, Okla.) — Here is a recap of Drumright Sports from one of its greatest fans, Robert Marshall.

The sports season started with fast pitch softball. Coach Blake Flewellan’s team made it to state for the eighth year in a row; and 9 out of the last 10 years.  The Lady Tornadoes won both the Ripley Tournament, and the Morris Tournament.  The Lady Tornadoes won these districts undefeated. They won Regionals at home, breaking a 5 game losing streak against Latta. They beat Latta twice in the Regionals to make it to State. They beat Mangum in this first round of state 8-5. on a really hot day. The next day they lost to Silo in the Semi-finals 5-4, in a game we were ahead 3-1.The Lady Tornadoes finished 28-4. Erica Potter made All-State as a pitcher. We had 3 girls make the Top 10 Region Team. They were Erica Potter, Kierston Clark and Addie Flewellen. Andi Clemens, Kayla Cuppas, Kari Cuppler, Kaitlyn Anson, Tess Polon, Kendra Sissom, Kloe Sissom were the key players.

Football had a rough year. They lost 12 Seniors, 2 straight years. The schedule was as tough as I’ve ever seen. Tonkawa, Morrison, Pawhuska, Hominy, Cashion, Barnstall, Hulbert, and Pawnee were all loaded. We had a lot of injuries because of the lack of depth. We never knew what the standing lineup would be from one game to the next. Key players were; Gary Harper, Trevor Jones, Adam Richburg, Dylan Collins, Brayden Kelley, Cale Hallabaugh, Cash Cargill, Kesean Randall. It was only 12-6 Hulbert at halftime, but ended up a lot worse. Kevin Bilyou took over half way through the season as Head Coach. Tony Harper was also an assistant in Football.

The Varsity Basketball Girls had a tough season. The tallest girl was 5’9, several of the other girls were over 6 foot tall. Kiefer was class 3A and the Lady Tornadoes were in 2A, The Ladies played state runner up, Dale, State qualifiers; Frontier and Boise City consolidated with Keyes. The Ladies had good away from home wins against Depew and Liberty. They also beat Langston Hughes 72-17 in the Districts. Key players were Morgan Butler, Andi Clemens, Trish Hunziker, Addie Flewellen and Emi Fosam. The coaches were Sue Burkett and Blake Flewellen.

The Varsity Basketball Boys had a decent season. Things have really been bad for the last 10 years and Coach Jason Bray has done a good job coaching them. The Tornadoes beat Oilton in a thriller, they beat Yale, Olive, and Temple 84-28 in the Mulhall tournament. The Tornadoes finished third in Oilton tournament. They faced a very athletic Langston Hughes in Districts in a loss that the Tornadoes were close the whole game. Key players were Alex Laoy, Trevor Jones, Isaiah Chowdhury, Nick Worthy, Levi Viers, Cade Potter and Jayden Martin. Coaches that were assistants on the sports teams were Scott Hollabaugh, Jeff Butler, Scott Kelley for Football. James Osterhaut, Coleman Clark, and Tim Potter for Fast Pitch Softball. Blake Flewellen for Girls Basketball and Mike Ledgerwood for Boys Basketball.