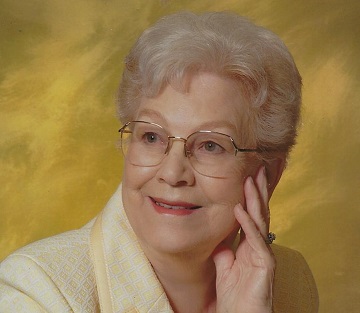 Trevia Louise Smith, age 87, passed away peacefully July 6, 2020 due to natural causes. She was born April 29, 1933 in Jacksboro, TX to Carl and Ina Ramzy. She married her soulmate Bob J. Smith on May 29, 1971 who preceded her death on August 28, 2015. Trevia and Bob moved to Cushing, OK where they resided until Trevia relocated to Owasso, OK.

Trevia attended Jacksboro, TX schools and graduated as Valedictorian in 1950. She then attended Durham’s Business College in Ft. Worth, Texas and received her diploma as an executive administrative assistant in March of 1951. Upon graduation, Trevia was employed by several oil companies in the Jacksboro and Abilene, TX areas for 18 years. Trevia held various positions with Desk and Derrick, including President, and was the delegate to the national convention in New Orleans, Louisiana.

Following her marriage to Bob, Trevia obtained her Real Estate Broker’s License in 1976 and sold real estate until 1985 in Cushing, OK. She qualified for the Million Dollar Club for eight years.

Trevia and Bob purchased a farm east of Cushing in 1978, where they raised registered Black Angus cattle under the name of TreBo Farms. Bob and Trevia sold the farm in 1998 and moved to a new home in Cushing.

Following her retirement from real estate sales, Trevia owned and operated Trevia’s Rag Doll, a children’s clothing store, from 1987 to 1992.

Trevia enjoyed genealogy and was an active member of the Cushing Genealogical Society and served as President in 1998. She and Bob traveled across the country documenting her ancestry and was an active member of National Society of the Daughters of the American Revolution, Daughter of the Republic of Texas and First Families of The Twin Territories.

She was a member of First Baptist Church in Cushing for many years and an avid sports fan who loved watching and supporting Oklahoma high school and college sports programs.

Please join us in celebrating her life on Friday July 10, 2020. Public viewing will be between 8:00 and 10:00 a.m. at the Palmer-Marler Funeral Home, 800 South Linwood, Cushing, OK, with funeral services following at 10:00 a.m. Trevia will be laid to rest at Euchee Valley Memorial Park in Cushing.