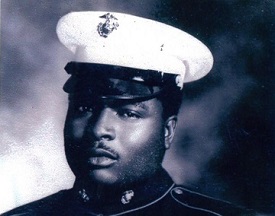 Robert E Pierson was born on March 16, 1950 in Bristow, Oklahoma to Isom & Evelyn (Owens) Pierson. He was raised in Sapulpa, Oklahoma where he attended Booker T. Washington school, and graduated from Sapulpa High School. While there, he played football as a defensive line man. He became well known after he knocked down the entire back field. Robert attended Snowden Chapel C.M.E Church in Sapulpa during his youth. He enlisted in US Marine Corp where he served his country proudly for 6 years. During that time, he fought with dignity and honor in the Vietnam War, and was honored with two Purple Hearts for the injuries he sustained.

After returning home from the military, Robert attended Central Vo-Tech in Drumright where he became a certified heavy equipment operator. Upon graduating, he began his career with Amoco Pipe Line company where he worked and later retired after 20 plus years.

Robert and LauraLou Moore wed on August 30, 1975. Shortly after his passing on August 26th, they would have celebrated their 45th anniversary on August 30th. He was baptized at Mt. Olive Baptist Church which became their church home. Robert also served as head Deacon. He was an active member of Cushing VFW Post 1118, American Legion Post 108, DAV, Silver Star Lodge/Middle Chamber Masonic Lodge 190, 32nd degree Mason, and ALARF Shriner Lodge 20. After retiring, he became a volunteer transport driver for the DAV where he transported veterans to the OKC VA hospital. Robert enjoyed spending time at the Cushing Senior Center playing dominos with his buddies.

Robert (Bob) was a beloved Uncle who was loving, kind, supportive and generous to all his family. He enjoyed a special friendship with his wounded warrior brother, Fritz .

Due to the Covid 19, mask are required at this service.

Condolences and online guest book are available at www.palmermarlerfh.com. 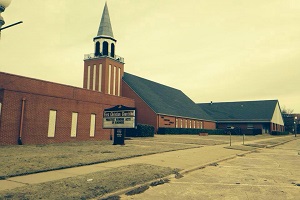