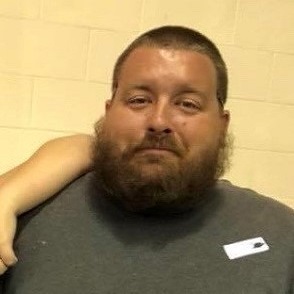 Ray Virgil Hysaw Jr. of Stillwater, Oklahoma passed from this life on September 6, 2020 in Tulsa, Oklahoma.

Ray was born in Tulsa, Oklahoma on January 20, 1982 to parents Ray Sr. and Jane Hysaw. He grew up in St. Louis, Missouri and moved to Broken Arrow, Okahoma where he graduated high school. Ray would then attend technical school for awhile receiving training in plumbing and facility maintenance. He worked for C Star in Stillwater working in maintenance of their properties. He enjoyed reading books, playing video games, and most of all being a father to his two daughters.

Ray is preceded in death by his grandfathers, Jim Hysaw and Jeff Bentley as well as one uncle, Terry Bentley.

He is survived by his wife Amber and daughters Melissa and Sam of the home; parents Ray and Jane Hysaw of Cushing, OK; three brothers, Phillip and wife Kerri Hysaw of Cushing, Michael and Brittney Hysaw of Cushing, and Brandon and wife Riana Ellis of Tulsa; grandmothers, Pat Bentley of Cushing and Pat Hysaw of Texas; as well as many extended family members and friends.

Arrangements have been entrusted to Palmer Marler Funeral Home, Cushing, Oklahoma. Services will be scheduled at a later date.