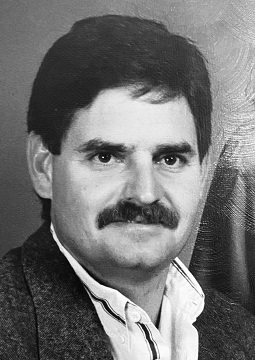 Michael William Remington, a longtime Cushing resident, passed away peacefully on Monday, July 6, 2020, in Cushing, Oklahoma, at the age of 66, after fighting a lengthy battle with cancer. A memorial for Mike will be held at a later date at his home away from home, Keystone Lake.

Mike was born on December 31, 1953, in Tulsa, Oklahoma to Bill Remington and Marie Remington. He grew up in Cushing and graduated from Cushing High School. He got his pilot’s license at the age of 16 and loved taking his family and friends on flights in his early days. After high school, he went to work with Midland Refinery, later Hudson Refinery, until it closed. He then went to work for his dad at Cushing Municipal Airport for Air-O-Service, Inc. repairing airplanes. The family moved onto opening their own business, Helicopter Structures, Inc. where they repaired helicopters. He continued to pursue his passion for aircraft service in Tulsa, OK. Beginning to work for Boeing Aerospace Company and then transferring to the Nordam Group, where he was employed for 20 years. Mike married the love of his life, Sharon, in 1977, and had one son, Eric. Mike loved crappie fishing, boating, golfing, playing softball, motorcycling, among many other interests. He was at peace the most when he was out on his boat at Keystone Lake with his wife, family, and dog, Roxie.

Mike is preceded in death by his father, Bill Remington, and his maternal and paternal grandparents.

Arrangements have been entrusted to the care of Palmer Marler Funeral Home. Condolences may be sent to the family via an online guestbook at www.palmermarlerfh.com.