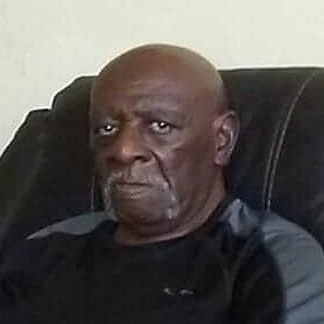 James Youngblood, son of the late Lorene and Myrtle (Martin) Youngblood was born on January 12, 1942 in McLoud, Oklahoma. He grew up in McLoud where he played basketball, football and most any sport. James graduated from McLoud High School in 1960. After high school, he joined the U.S. Army serving his country proudly. He worked as a heavy equipment operator, truck driver in the oilfield and Allie Roofing in Stroud. He married Wilma Jean Seward in 1964 and to this union, Michael, Nathanial, Brenda and Melissa were born. James later married Clorett Youngblood and enjoyed spending the next 23 years with her. They were faithful members of the Mount Olive Baptist Church and he enjoyed being an usher. He liked working with machinery and was a very fast learner, noodling, and acting younger than his age.

He departed this life on Wednesday, July 22, 2020 at Hillcrest Hospital in Tulsa.

James was preceded in death by his wife Clorett Youngblood of 23 years, his parents Lorene and Myrtle Youngblood, two step brothers and one sister.

Arrangements have been entrusted to the care of Palmer Marler Funeral Home of Cushing, OK.

Visitation will be held from 9 :00 a.m. to 8:00 p.m. on Thursday at Palmer Marler Funeral Home Cushing, OK. Online condolences may be left for the family at www.PalmerMarlerFH.com.