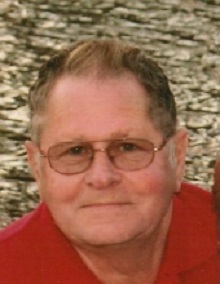 Harold Gene Gaither, longtime Cushing resident, passed away on Saturday, September 5, 2020 at the age of 82 as the last surviving child of James Lewis and Bessie (Kelly) Gaither, Harold was born on June 13, 1938.

He graduated from Tryon High School in 1955, and went on to serve in the Army in Korea until 1963. After returning to the states, he worked at mechanical and auto related businesses including Owen Thomas Ford, Williams Refactories, and Napa Auto Parts, retiring from there after 25 years of being the best parts man ever.

On April 16, 1965, Harried married Linda (Fiel), who he thought was a sweet little blond. As it turns out, she was a fiery red-head! He joked that the red hair would have to do, and it’s a good thing he did. Best decision he ever made. They were married for over 55 years. They were blessed with two loving children, Sandy and Sam, the most amazing son-in-law, Russell, and daughter-in-law, Angel, and the four most amazing grandchildren anyone could ever ask for, Taylor, Dillion, Berkeley and Austin.

Harold loved a good joke, and he would tell it to you until you got it. He enjoyed camping, boating, square dancing, and traveling, with the highlight being the 16 years he and Linda lived full time and traveled in their RV. They made many life long friends throughout their years of these activities. Whenever possible, they took their grandchildren along on their adventures. More than anything, they wanted to show their children and grandchildren a wonderful life.

A memorial services is planned for Saturday, September 12, 2020 at 10:00 a.m. in the First Freewill Baptist Church with Pastor James Coffelt officiating.

The family has requested social distancing. Masks will be provided if you need one.

In lieu of flowers, memorial contributions may be made to the First Freewill Baptist Church Building Fund in his memory.

You may share your condolences with the family at www.davisfh.net.

To send flowers or plant a tree in memory of Harold Gene Gaither, visit the Tribute Store.