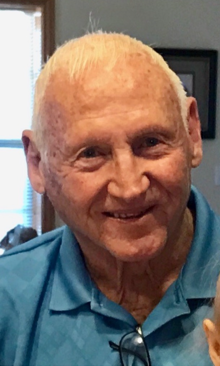 Floyd Lee Farley, longtime resident of Cushing, OK passed from this life on Sunday, July 26, 2020 at the age of 83.

Floyd was born to David Lem Farley and Lula Mae (Adams) Farley. Floyd was one of nine children. He attended school in Graham, OK. After completing school, Floyd joined the Navy and served proudly from 1954 – 1957.

Floyd married the love of his life, Wilma Lauryne Adams on August 11, 1959 in Henryetta, OK and had three loving children: Bobby, Kevin, and Kerri. Floyd worked for Hudson Refinery, Coastal Oil, and the Payne County Sheriff’s office. Floyd was active in the community by serving on the Senior Citizen’s Board and the Ripley School Board, while his children attended the school.

Floyd was very family oriented. He loved to attend his grandkids school and sporting events. In his free time, Floyd loved to noodle and work in his garden. He would grow a huge garden each year and provided fresh vegetables for family and friends.

In lieu of flowers, donations may be made to the Cushing Senior Citizens Center.

Condolences may be sent to the family via an online guestbook at www.palmermarlerfh.com.