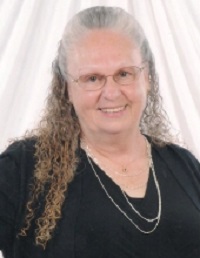 She was born December 26, 1949, in Everett, Washington to Jacob Kirkland and Audrey Butler Kirkland Bryan. She was the couple’s second child. Jean began her walk with God on April 14, 1968 when she was baptized in the Church of the First Born.

Jean was married to Evert Wesley Rossiter, two days following their high school graduation from McKinleyville High School. They married on June 14, 1969, in McKinleyville, California and were married for over 51 years. They were best friends. Evert & Jean grew up together in those first years of starting life as best friends, walking hand-in-hand down life’s pathway with God. Jean felt so blest to marry into the Rossiter family as she felt as one of them from day one.

Jean and Evert reached out to many children. They served as foster parents and also raised kids that “showed up” needing their help. They cared for a whopping number of 125 children through the years. The blessings from this service was doing God’s will and letting him guide them with help to each and every child.

Jean loved her community and served as a substitute teacher for most handicap classes. She served for several years as the Cushing Chamber of Commerce Retail Trade Development Chair. She was the chair of the Christmas Parade and many, many other events.

Jean is survived by her husband, Evert, of the home; her mother, Audrey Bryan, of Cushing; her sisters; Audrey Jane Peals and Betty Louise Campbell, both of Cushing. She is also survived by her brothers-in-law, Allen Rossiter and wife, Floye, of Cushing, and Glenn & Melda Rossiter of Agra; sisters-in-law, Candace Rossiter of Agra, Joanna Rossiter of Pink, Oklahoma and Lounett Rossiter, of Agra. Survivors also include her daughters-in-law, Yvonne Rossiter of Edmond, Oklahoma, and Audrey Boyd of Tahoka, Texas. Jean is survived by grandchildren Victoria, Zander, Jayden, and Izaac of Edmond and Pearl and Ruth of Tahoka, Texas. Survivors also include the many children and helpers in her life: Nadine Gage, and Victoria Pelham.

She was proceeded in death by her sons, Thomas and Brad; her father-in-law and mother-in law, Evert and Syble Rossiter; and two nephews Gary and Dennis Rossiter, and one niece, Sherry Gladden.

Funeral services will be Wednesday, July 22, 2020 at 10:00 a.m. in the General Assembly and Cushing Church of the Firstborn.

The family will greet friends on Tuesday from 6:00 p.m. until 8:00 p.m. in the Floyd Family Center, east of the Funeral Home.

To send flowers or plant a tree in memory of Della "Jean " Rossiter, visit the Tribute Store.