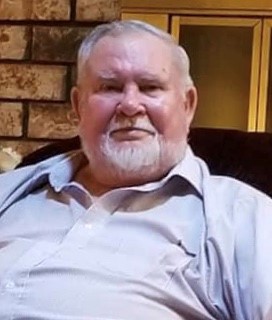 Bill was born on September 11, 1935 in Pawnee, OK to Everett Shy Moore and Hazel Abigail Treat. He joined the United States Marine Corps in 1961, serving in the Korean War and two tours of Vietnam, where he received several service medals, including two Purple Hearts and a Commendation for Valor. He retired after twenty years as a Captain, went on to serve as a Deputy Sheriff in Colusa County, CA, then later, as Chief of Police for the Pawnee Indian Reservation in Pawnee, OK. In the 1980’s, he started Bill’s Handyman Service, and then managed the West Wind Duck Hunting Club in Fairfield, CA for ten years.

When he officially retired in the mid 1990’s, he became more active in The Church of Jesus Christ of Latter-Day Saints, where he held the priesthood and received a calling to be the clerk at the Cushing, OK ward, which he held for ten years. He was Exalted Ruler of the Elk’s Lodge in Cushing and served in the VFW. Bill loved to hunt and fish, to build and fix things, and to talk politics.

Arrangements have been entrusted to the care of Palmer Marler Funeral Home.  The family will be holding a private family service at the Church of Jesus Christ of Latter-Day Saints.  A public viewing will be held on Sunday, July 12, 2020 from 1:00 p.m. to 6:00 p.m. in the funeral home.

Condolences may be sent to the family via an online guestbook at www.palmermarlerfh.com.