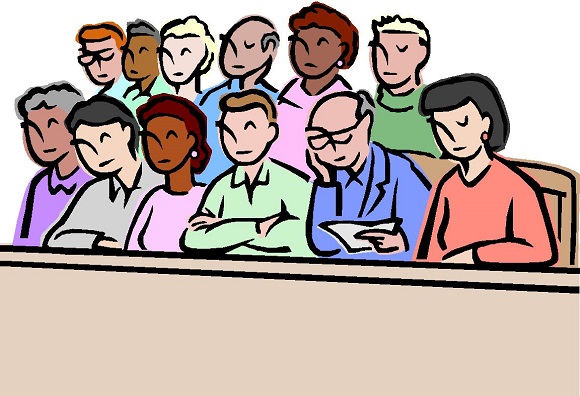 (Stillwater, Okla.) — The jury trial for former Cushing teacher Seth Robert Swaim on a charge of sexting a 13-year-old female student on Oct. 8, 2018, has been scheduled by Payne County District Judge Phillip Corley to begin on Sept. 9, court records show.

Swaim, 25, of Stillwater, who reportedly now is a full-time student, appeared in court Friday with defense attorney Cheryl Ramsey. Swaim remains free on $50,000 bail pending an Aug. 23 pre-trial hearing on the charge of engaging in sexual communication with a minor by use of technology, court records show.

Swaim had been arrested on Oct. 9, 2018, in Cushing by Stillwater Police Detective Sherae LeJeune, a member of the Oklahoma Crimes Against Children Task Force, who was asked by the Cushing Police Department to aid in an investigation involving the solicitation of a minor, her affidavit alleged.

“I was informed that a 24-year-old Cushing Public School teacher was actively talking to a 13-year-old female student…via Snapchat Messenger. The content of the conversation involved the request of nude images of the minor,” the Stillwater detective alleged in her affidavit.

The girl’s parents had contacted Cushing police out of concern for their daughter, the affidavit alleged.

At the Cushing Police Department where the girl and her parents were present, the Stillwater police detective was given the girl’s cellphone that was open to the Snapchat message conversation, the affidavit alleged.

“The conversation with Swaim was active and ongoing at that moment,” the affidavit alleged.

Cushing Police Sgt. Carson Watts had been allowed by the girl and her parents to take over the girl’s Snapchat account to continue conversations with Swaim, the affidavit alleged.

“I read through the conversation and learned that Swaim was making plans to meet with (the girl) at the park at 9th Place and Highland Avenue (in Cushing) that evening after 7:30 p.m. He asked her to send pictures of herself until they were able to meet,” the Stillwater detective alleged in her affidavit.

“Based on the conversation, I did believe Swaim did solicit sexual conduct and did engage in conversation for sexual interest with a person he knew to be a minor by technology (cell phone). I determined that it was vital to get Swaim in custody,” the Stillwater detective alleged in her affidavit.

Before Swaim posted $50,000 bond to get out of the Payne County Jail, Special District Judge Katherine Thomas told him that his bail was conditioned on having no contact with the girl or anyone under 18 and no electronic device in his possession, court records show.

Swaim had previously been charged with public intoxication and hitting two vehicles in the parking lot of his apartment complex in Stillwater without notifying the owners on May 9, 2018, a misdemeanor case that remains pending, court records show.

Five months before his arrest in that case, Swaim had been placed on 18 months’ probation for aggravated drunk driving on Oct. 3, 2017, in Stillwater, to which he pleaded guilty, court records show. The prosecution alleges that Swaim violated the terms of his probation in a case that remains pending.

If convicted of sexting the student while he was a teacher, Swaim could be given a maximum penalty of 10 years in prison and a $10,000 fine, according to the felony charge filed by Payne County Assistant District Attorney Debra Vincent.