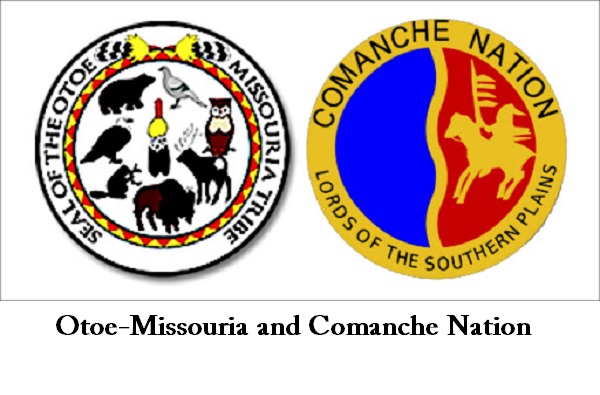 Oklahoma City (June 8, 2020) — The U.S. Department of the Interior has deemed approval of the two new gaming compacts between the state of Oklahoma and the Comanche Nation and Otoe-Missouria Tribe. This approval means the compacts are legal and, once the compacts are published in the Federal Register, allows the tribes to begin operating under the terms agreed to between the parties in April.

“Today’s approval of our compact with the state of Oklahoma will allow us to welcome in a new, modern era of tribal gaming to the benefit of both our people and the state of Oklahoma,” said Otoe-Missouria Tribe Chairman John R. Shotton. “This compact will help us further diversify our economy, bring in new revenue for services for our people and will allow us to double down on our community engagement in both our existing rural communities and future expansion opportunities. This compact is what is best for our tribal members and we appreciate the Department of the Interior for approving the compact today.”

Among the new terms in each agreement, a few highlights include a renegotiated revenue-sharing structure for existing and future casinos, updated gaming technologies and provisions for event wagering.

“This compact represents the best of the Comanche people – being a good neighbor, reciprocating back to our people and the communities in which we live; honoring the past while looking ahead to a brighter future for all,” said Comanche Nation Chairman William Nelson, Sr. “We have known since we reached this agreement with the governor of Oklahoma that our compact is legal and are pleased that the U.S. Department of the Interior has agreed.

This compact will have a positive generational impact on our Nation and Oklahoma. It will modernize gaming in Oklahoma and makes clear that tribal sovereignty is paramount in Oklahoma and nationally. This is what the Oklahoma citizens envisioned back in 2004 when they voted unanimously that the gaming industry would be beneficial for the state, tribes, nations and townships.”

The compact also gives both tribes the opportunity to build new, state-of-the art casinos and expand their geographic footprints into historically-significant land for both tribes. Through a concurrence from the governor, lands in six counties (three for each tribe) can be taken into trust, following approval through a two-part determination at the federal level. Counties include Grady, Cleveland and Love for the Comanche Nation and Logan, Payne and Noble for the Otoe-Missouria Tribe.

“The legality of the compacts was never in question, as they were negotiated in good faith between sovereign governments and grounded in prior compact precedent,” said Rob Rosette, Rosette, LLP partner and attorney for the Comanche Nation and Otoe-Missouria Tribe. “This decision will have national ramifications as it reinforces tribal sovereignty and moves Oklahoma away from a one-size-fits-all gaming compact. The Department of the Interior rightly chose to uphold and respect the sovereignty of these two tribes, and we are confident the department will do the same for others going forward.”