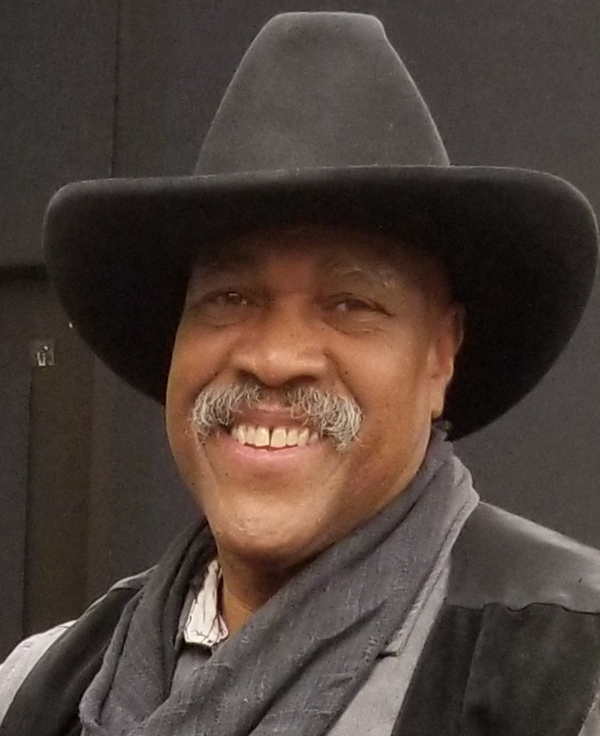 (Arcadia, Okla)  — Muskogee filmmaker Oscar Dean Ray will bring a modern-day message to the Arcadia Round Barn on March 23 with his portrayal of the territorial lawman Bass Reeves.

“His focus was to corral bullies,” Ray said of Reeves, who was the first black deputy U.S. marshal to serve west of the Mississippi River.

Ray said when he speaks to young people about Reeves, he tells them “he went out to round up the bullies, to get them out of town.”

Ray said kids might not think they can relate to someone who served as a law officer in the late 1800s, so he explains the concepts of law and order and honor and integrity in more contemporary terms.

Reeves, who was born into slavery, served as a deputy marshal in the Oklahoma and Indian territories and in northeast Texas from 1875 to 1907, arresting more than 3,000 felons. He finished his career as a Muskogee police officer and died in 1910.

Dressed as a deputy federal marshal of the period, Ray will present an interactive historical re-enactment at 4 p.m. March 23 at the Arcadia Round Barn, which is six miles east of Interstate 35 on Historic Route 66. Admission is free but donations are accepted for the maintenance of the barn.

Ray is the great-grandson of U.S. Deputy Marshal Rufus Canon, who like Reeves served in the court of Judge Isaac C. Parker of Ft. Smith, Ark. He is a screenwriter and director of narrative and documentary films, and he and his wife, Shironbutterfly, were among the first inductees into the Oklahoma Movie Hall of Fame.