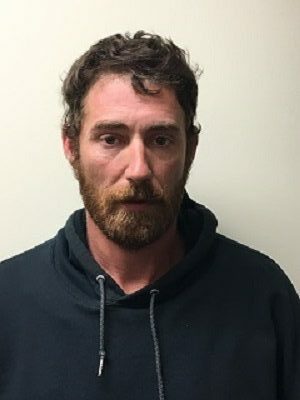 (Stillwater, Okla.) — On Monday when he was scheduled to have a non-jury trial before District Judge Phillip Corley, an ex-convict from Yale — who got out of prison about three years ago — pleaded guilty to kicking a Cushing officer in the face, possessing copper wire stolen from the Cushing City Service Yard, and committing petty larceny in Cushing, all in 2020.
Brian Lynn Stewart, 40, was sentenced to one year in jail — with no credit for time served — followed by 14 years of probation for assault and battery on Cushing Police Officer Garvis Thomas and ordered to pay the cost of his incarceration along with a $960 prosecution fee, have a substance abuse evaluation, follow any recommendations, undergo random drug tests, participate in Work Force, take an anger management course, and perform 80 hours of community service within one year of his release.
The judge also ordered Stewart to serve an additional six-month jail term and pay $1,140 restitution for possessing copper wire that was stolen from the Cushing City Service Yard. After finishing that term, Stewart must serve six more months in jail for petty larceny in Cushing, with the amount of restitution to be determined later, court records show.
Stewart had previously been convicted in Payne County of domestic violence by strangulation and pointing a firearm in 2010, aggravated assault and battery in 2011, and possessing stolen property in Cushing in 2017 and 2018, according to court records and the state Department of Corrections.