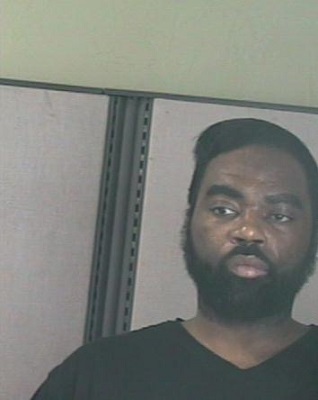 (Stillwater, Okla.) — A Stillwater man, who admitted fatally stabbing his wife on the night she was working as a prostitute in Stillwater, has been sentenced to 23 years in prison for second-degree murder, followed by 17 years of probation, as part of a plea agreement with the prosecution that was approved in court last week.
Clyde Marquette Fields, 43, who reportedly said he pimped his wife, must register as a violent offender on his release from prison and pay $3,625 to the Oklahoma Crime Victims Fund for burial fees, under a sentence imposed by Associate District Judge Stephen Kistler last week.
His wife, Roshauna Deshae Ray, 46, with whom he had children, had obtained an emergency protective order against him six weeks before she was slain, court records show.
According to a preliminary report from the Oklahoma Medical Examiner’s Office, Fields’ wife would have lived only a few minutes after being stabbed on the right side of her chest, an affidavit said.
But Fields drove his wife from Stillwater to Guthrie where he left her body outside a hospital on Jan. 4, 2020, an affidavit alleged. Fields has been ordered to appear in Logan County District Court on Nov. 18 for trial court arraignment on a charge of unauthorized removal of a dead body, court records show.
A 911 call had been made to Guthrie police at 7:21 pm on Jan. 4, 2020, about a patient outside the hospital door, according to an affidavit by Oklahoma State Bureau of Investigation Agent Michael Dean.
Fields’ wife, whose identity was not known but later obtained from fingerprints, had stab wounds and was slumped over bushes on the east end of the complex, the affidavit said. She was taken in the hospital for treatment, but a pulse was never found and attempts to resuscitate her were unsuccessful; she was pronounced deceased at 8:23 pm, the affidavit said.
Fields was located the next day in Del City where he was arrested on an active warrant, the affidavit said. Blood was found on the front seats and center console of a green van that Fields drove, the affidavit said. When Fields was interviewed, he said, “he did work as a pimp for Ray, and she would prostitute and give him the money,” the affidavit said.
His wife was murdered about four months after Fields got out of prison, court records show. Fields had an extensive criminal record in Oklahoma County including for armed robbery, burglary and drug possession, court records show.