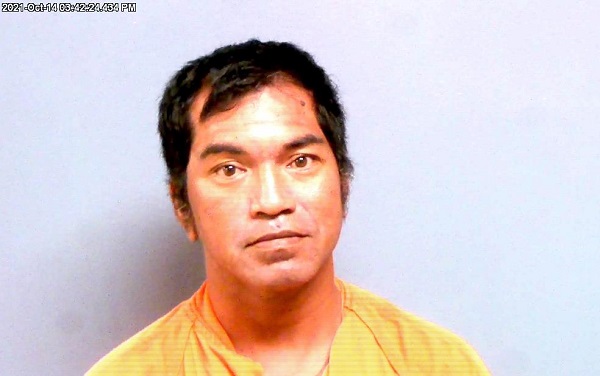 (Stillwater, Okla.)  — A Glencoe man who admitted sexually abusing a 15-year-old girl in his neighborhood has been given a three-year prison term followed by 12 years of probation with an order to register as a sex offender and have no contact with his victim.
Erik Moku Quizon Estencion, 42, pleaded guilty last week to one count each of second-degree rape, lewd molestation, and forcible sodomy before Associate District Judge Stephen Kistler, who also ordered him to pay a $960 prosecution fee along with other costs.
Estencion, who was a family acquaintance and had visited the girl’s home previously, was arrested on Oct. 14, 2021, and jailed on $40,000 bail following an investigation by the Payne County Sheriff’s Department that began last July, court records show.
When the girl was interviewed at the Saville Center in Stillwater, she said that after they had phone contact, Estencion came into her room through a window and had sexual activity with her on consecutive days in July, Payne County Sheriff’s Investigator Rockford Brown wrote in an affidavit.
In 2015 when Estencion was living in Gillette, Mt., he was given two concurrent sentences of seven years’ probation for possessing methamphetamine in 2015 in Payne County, and for possessing pseudoephedrine with intent to manufacture methamphetamine in 2009 at his then rural residence in Perkins, court records show.
The balance of his probationary sentences was revoked by the judge last week, court records show.