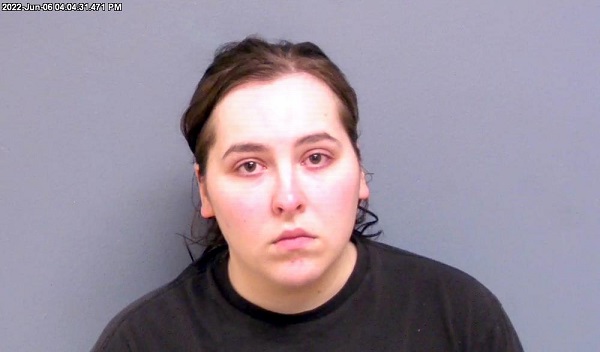 (Stillwater, Okla.) — Former Stillwater daycare facility employee Savannah Noel Hawthorne, 23, of Enid, has admitted possessing and distributing child pornography when she lived in Payne County in 2020.
Hawthorne, who remains jailed on $100,000 bail, does not have an agreement with the prosecution regarding her penalty on the two-count charge, court records show.
Associate District Judge Stephen Kistler accepted her guilty pleas last week and ordered her to return to court on Dec. 20 to have a sentencing hearing scheduled.
“The Stillwater daycare facility Hawthorne was previously employed by has been notified and is fully cooperating with investigators. Parents and legal guardians of the children who were under the care of Hawthorne have been alerted,” Stillwater Police Lt. Terry Low said in a news release at the time of Hawthorne’s arrest last June.
“The possibility of harm to any children at the facility is being thoroughly investigated. Anyone with information regarding this suspect or her activities is asked to contact SPD Tipline (405) 742-8237,” the news release said.
The case was filed after a lengthy, painstaking investigation by Stillwater Police Detective Stephanie Wheeler to identify the suspect, the news release said.
The Stillwater detective, who is a member of the Oklahoma State Bureau of Investigation’s Internet Crimes Against Children Task Force, received a cyber tip on Nov. 2, 2021, from the National Center for Missing and Exploited Children,” that indicated Twitter identified apparent child pornography on their network, the release said.
“Some of the information received from Twitter indicated the suspect had possession of child pornography and was actively soliciting buyers for distribution,” the news release alleged.
The detective alleged in her affidavit, “I reviewed messages that were included in the chats from Twitter. The suspect provided the Cash App handle of … to another for payment of child sexual abuse material.”
“The account came back to a ‘Savannah Noel Hawthorne,’ who was then living in Stillwater in an apartment in the 1800 block of N. Boomer Road,” the detective alleged in her affidavit.
“Hawthorne moved from Stillwater to Enid. On June 3, 2022, with the assistance of Enid Police Department and OSBI, Stillwater detectives served a search warrant at Hawthorne’s residence in Enid and seized a number of evidentiary items. Hawthorne was taken into custody under warrant and booked in the Payne County Jail,” the news release said.