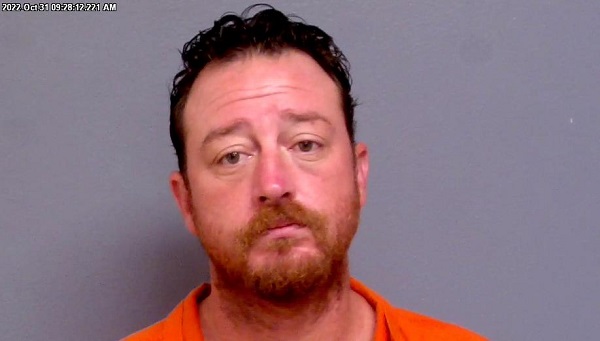 (Stillwater, Okla.) — A Cushing man who allegedly attempted to sell marijuana inside a convenience store in Cushing has been jailed on $10,000 bail pending his arraignment this afternoon on a felony drug charge.
If convicted of possessing marijuana with intent to distribute, Patrisio Alvarez Villalpando, 39, whose first name has also been spelled as Patricio, could be given a seven-year prison term and a $100,000 fine.
Villalpando was arrested at 9:18 am on Oct. 30, about 11 minutes after Cushing Police Officer Christopher Haywood was sent to a convenience store in the 200 block of E. Cherry regarding a male attempting to sell narcotics, his affidavit alleged.
When the Cushing officer asked Villalpando if he had anything illegal on him, he was nervous and hesitated to answer, the affidavit alleged.
Villalpando “answered no as Officer Wright walked back out of the store holding two cigarillo packages. I asked Villalpando if he was trying to sell something. Villalpando said he was just trying to get something to eat.
“I asked Villalpando what he was trying to sell. Villalpando said it was just weed. Officer Wright held up the two packages of cigarillos and asked if it was them. Villalpando said it was. I asked Villalpando how much money he was trying to make. Villalpando said he would have been satisfied with $5.
“Villalpando was also asked if he had a medical card for marijuana possession, to which he answered no,” before being arrested, the officer alleged in his affidavit.
“Officer Wright gave me the red and black cigarillos packages. I noted one was nearly full of the green leafy substance Villalpando was attempting to sell and the second was about half full,” Officer Haywood alleged in his affidavit.
The clerk said, “Villalpando came into the store and began to speak, as if making an announcement. (She) said “Villalpando held up a package of cigarillos and asked if anyone wanted to buy some weed. (She) also said as Villalpando followed me out of the store to speak with me, Villalpando dropped the packages on the floor. (She) said when she had seen Villalpando drop them, she alerted Officer Wright,” Officer Haywood alleged in his affidavit.