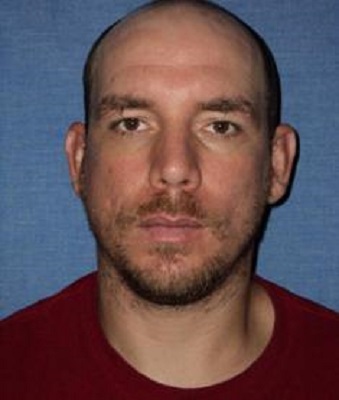 (Stillwater, Okla.) — A Cushing man on probation for possession of methamphetamine in Pawnee was charged this week in Payne County with first-degree manslaughter in a March 2 fatal one-vehicle crash that was investigated by the Oklahoma Highway Patrol.
Dustin Lee Stokes, 40, has been accused of driving a pickup truck while under the influence of drugs or in the alternative while his license was suspended, losing control of the vehicle and crashing into a bridge support at Jardot Rd. and Airport Rd. in Stillwater — resulting in the death of his passenger, Valerie Sue Crawford.
An arrest warrant has not yet been issued for Stokes, who could be sentenced to a minimum of four years in prison to a maximum of life if convicted of first-degree manslaughter, court records show.
According to Pawnee County court records, Stokes had been convicted of possessing methamphetamine and being a convicted felon in the possession of a gun in Pawnee in 2016, for which he received two concurrent suspended sentences of eight years and five years in 2017.
In Payne County, Stokes had earlier been convicted of concealing stolen property in Stillwater in 2008, for which he received a five-year suspended sentence in 2010.